One of my favorite quotes, by Aesop.

Only nine words long, yet it reminds us that big things happen in micro moments, that when you put the words extra and ordinary together, you get extraordinary.

There’s just a lot happening. Some days I look at our broken world, full of people crying out for HELP!, and it’s like how it is when the project you’ve been working on, in stages, over several days, gets knocked off the table by your elbow and shatters on the floor. Like waking up and hobbling down the stairs–ooo-ah-ah-ah-ooo!–and going to the window, expecting to find the yard for which you destroyed your body, the yard you resurrected after a full day of raking and mowing and sweeping and hosing, baking under a sun that glared at you like the devil’s eye, the yard you left perfect and pristine, something straight off Monet’s canvas, only now it appears as though the Tasmanian devil and a hundred of his closest friends had a party on your lawn and forgot to clean up. All that time, all that effort, all for naught.

That’s how it feels when I start to consider how I might help the world. It leaves me discouraged. Defeated. Tired. It turns me into a panting dog, sweating fury with my tongue. I get so overwhelmed by my inability to provide succor to those so desperately in need. For example, water. How do I get the glass I just filled up using my water-producing fridge, say, to Zambia? Do they have a flat-rate envelope for that? Does anyone know how I might get in touch with Captain Picard, fleet commander of the Starship Enterprise?

There’s an organization called Living Water International, whose primary mission is to dig wells in impoverished countries which supply entire villages with clean drinking water. This eliminates hours and hours of arduous trekking back and forth, not to mention all sorts of unimaginably fatal diseases. I appreciate being able to send off a little money to LWI, because I know that eventually, at some point, people who didn’t used to have clean drinking water will now. It’s the “eventually” and “at some point” that tends to barnacle itself to my brain and sit there like a canker sore. Because, I want to help ALL THE PEOPLE, and do it RIGHT THIS VERY SECOND. I want to say, “Here, give me those,” and remove the sloshing pails of water from that weary woman’s shoulders. I want to pick up that naked child everyone else is too sick and too despondent to care about just then. I want to go inside that hut where too many people are lying on cots and breathing their last breaths, if only to give them my eyes to look into as they exit this good world and enter a better eternity.

Mostly, though, I just want everyone to be okay. Not fantastic, not amazing, not even pretty darn good–which, on average, is my general state of being.

Somewhere along the way I realized I was throwing around the word “need” the way one might toss a softball: casually, thoughtlessly, whenever I had a minute or two to spare. Because our thoughts lead to our words, which inevitably lead to our actions, which are the essence of who we are, I knew I Needed to nip this bad habit in the bud. So I began classifying need into two categories: Need with a capital N, and need with a lowercase n. I Need to find a bathroom, because if I don’t, I’m going to pee all over myself, versus, I need a Krispy Kreme donut. This strategy helps me to put my needs into perspective, something that comes very much in handy while perusing the home-decor section in Target.

There is a surplus of pain and suffering that goes on every minute of every day, and while my tender, sensitive heart thinks it’s aware of all of it, the truth that comes for me in the middle of the night is that I maybe am privy to 1/100,000,000,000 of it. Then the voice tells me, And there’s nothing you can do. You are here. They are there. And even if you were there, you have neither the resources nor the expertise to give those people what they need. It’s enough to choke the mother-lovin’ good deedishness right out of a person — make them not want to help at all, because, well, it’s sort of silly, isn’t it? Like putting a band aid on a severed artery, or a knee brace on a broken patella.

When this happens and I start to feel useless and powerless, like I may very soon want to find a corner in which to suck my thumb, generally it takes around three to seven days before clarity sinks in; and I realize the reason I’m feeling futile and discouraged is because I accidentally sat in the wrong chair.

Most of us are familiar with the story of King Arthur and his Knights of the Roundtable. By now there’s likely a dozen versions of this tale, but just so it’s crystal clear and we’re all on the same page, my King Arthur is Sean Connery. Regal, dapper, unflinchingly noble. My husband likes to tease me because I get these very real, very intense older-man crushes: Edward Norton, Victor Garber, and Sean Connery, to name a few. Just say the word, and another time I would be more than happy to come visit your blog, where the role of King Arthur is played by Clive Owen or Mel Ferrer or Nigel Terry, all of whom are lovely actors. They’re just not Sean Connery. All right, then. Moving on.

Whenever something terrible was going down in Camelot, King Arthur would call a meeting with his knights, and together they would hatch a plan to defeat the baddies. Legend and history mingle, and accounts vary, though it’s said Arthur devised the idea of a round table to prevent quarrels between his barons over the question of precedence. Arthur was not just a roguishly handsome king (what on Earth was Guinevere thinking!?), he was a smart king; he understood that arrogance, a parasitic side-effect of high rank and affluence, would be a huge distraction, and any real attempts to help the people would quickly dissolve into a shot put competition, to see who could throw their ego the furthest. By eliminating a “head” of the table and “places of importance,” there was no high and low; in that room, at least, the bickering was arrested and real work got done.

Now. I don’t think for even one teentsie, weentsie second that anybody forgot who was whom. The table was round and there were no marked chairs, per se, but you can bet Donald Trump’s toupee that there was the chair. Maybe it was always the same chair, maybe it wasn’t, but the chair was always the one King Arthur was sitting in. Because that’s how it works. There is only one king. Though discussion is welcome and all ideas are considered at the table, in the end, the final call belongs to one person only. And if you’re a faithful and courageous knight, you follow his order. You don’t question it, you don’t mull it over; you simply act on the word of the King.

You also don’t forget there’s no chair, but there’s definitely a chair.

The Round Table paints a picture of equality among men, and I think it’s a brilliant representation of how God, my King, works in unison with us, his knights. From him, we are given authority and opportunity to help, but our purpose is to serve the people, not take responsibility for them. The world and its children belong to the King. So when I reach that point when I am exhausted and frustrated and angry, when I start to the see the world as this giant, inconsolable crying baby, and I don’t want to do anything, because the part I play is so ridiculously small it couldn’t possibly matter to God, it’s because I’ve forgotten some crucial intel. 1) it ain’t my chair, 2) it ain’t my baby. It is not, nor will it ever be my responsibility to save the world. The world’s been saved. Done. It ain’t my list, either, but I’m going to go ahead and check that one off, then tape it to a mirror or a wall or my forehead–some place I’m sure not to miss it.

So I guess what’s happening right now is “the meantime,” and in the meantime, I know what I have to do. I am to love the Lord with all my heart, soul, and mind, and I am to love my neighbor, whenever I can, as often as I can, in whatever small way I can. But here’s the thing, and it’s so freaking cool, I can hardly wrap my mind around it: No act of kindness, however small, is ever wasted.

God is a frugal mother – HE USES EVERYTHING!

Which means…….. if my neighbor isn’t available to love, then probably my job is to love my neighbor’s cat.

The other night, when taking Sweet Little Taquito outside to do her bizniss before bedtime, I literally looked straight down, and there, a loaf-size bundle of white and gray fur, was the neighborhood cat, Nico, curled up on the bench on our porch. He was cool and aloof and vaguely interested in me, per his usual, though he must have been feeling quite benevolent, because he tolerated me touching his silky ears while Bella finished up. (Sometimes, just because Nico enjoys messing with my head, he’ll trot all the way across the street to greet me when I come home, and just before he’s about honor me by letting me pet him, he dodges my hand and saunters away. Then he meows, just once, which I’m pretty sure is “SUCKA!” in Cat.)

So after I got my little one inside and gave her a treat for doing Good Things, I hurried back out into the garage and tossed a towel in the dryer. I let it roll around and get nice and toasty for about ten minutes, then I tiptoed (it was more like running high-knees, because it was DAMN cold) back outside and laid the towel on top of my indifferent little fiend – I mean friend. Then my heart melted like a caramel square, because his eyes: they filled with bliss and gratitude and something almost like love before shutting completely. Then I crawled into my bed, which was like getting into a dry bath, thanks to my electric blanket, and I smiled. I just smiled. All night. Because that’s what Kindness does: it sits on your face and does things to your mouth and melts your heart like a caramel square.

And then I prayed: Lord, please. Lord, let me mean something every hour of every day, and let me be Kind, always kind, to everyone, because that’s when I feel You awaken in me and start to move mountains.

Oh, yeah. And stay classy, everyone. 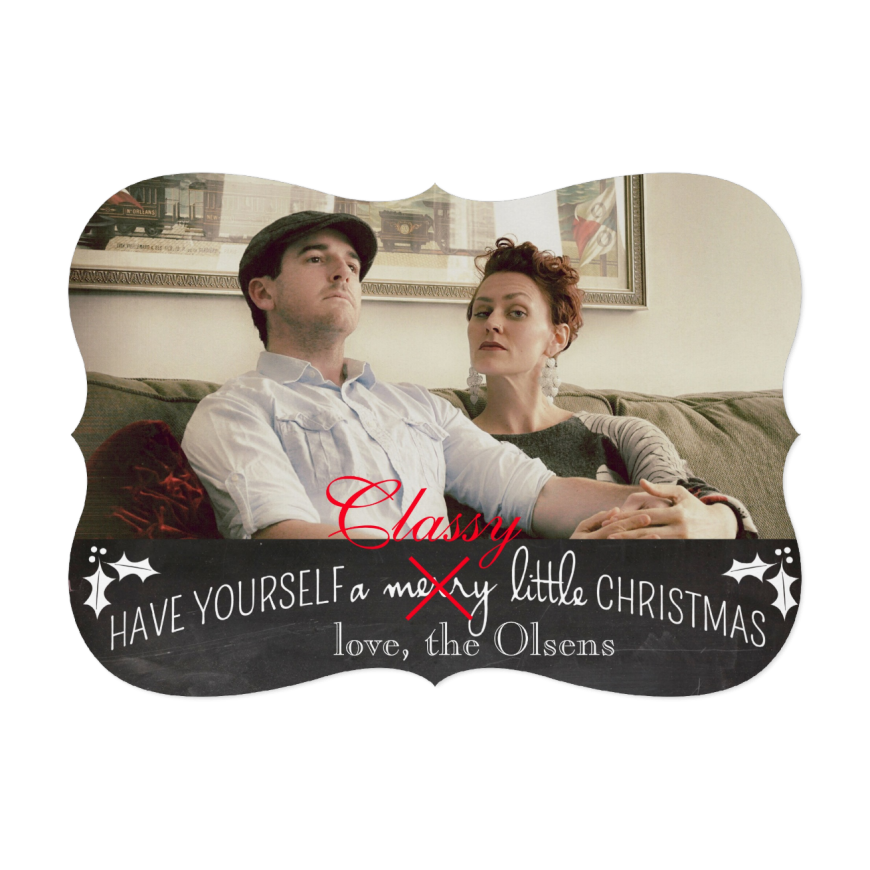